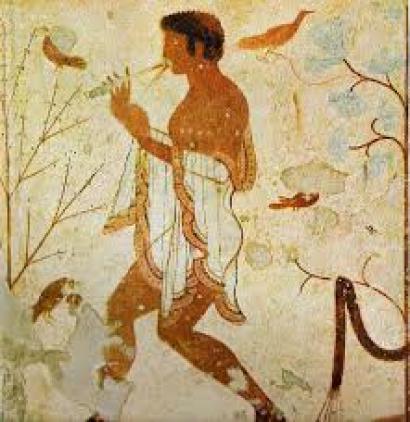 WHEN WRITERS GET TOGETHER what do they talk about? Food and wine and significant others, and kids and politics and … WRITING. Of course.

Now any non-writer, who is lucky enough to cohabit with a writer, knows the long silences at meals while the person across the table is lost in some inner world. Or the long drives when — if the navigator happens to be a writer — you end up in Assisi instead of Rome. (Come on, didn’t you always want to pay your respects to Saint Francis?) Life with a writer can be a blissful echoing space where your own thoughts have a chance to settle gracefully, like that famous tree falling silently in the forest.

But let just one writer get together with another, and…?

WELL HERE’S a chance to listen in on a bus-load of  them, off on a tour around the blog-world. And I’ve been invited join, thanks to the ever-surprising
Matilda Magtree . After that I’m handing the baton to two others: Vancouver novelist Janie Chang whose remarkable debut novel, Three Souls, was a recent finalist the B.C. Fiction Prize, and Kathy Page, author of seven highly-acclaimed novels and the recent short story collection Paradise and Elsewhere. I’ll be posting links to both their contributions and to other ongoing pieces as they appear over the next few weeks.

Meanwhile, the Blog Conductor has asked me a few questions, so here goes:

What am I working on?
Etruscan hunters believed they could lure wild game into their nets with music. I like to imagine the Tuscan hills echoing with notes of flute and lyre while deer emerged from thickets, wolves from dens, while turtles slow-waltzed with their partners towards an unforeseen end….

In those same imagined hills, I myself spent more than ten years — spreading nets to lure in fictional characters. But my Tuscan novel was published eighteen months ago. I’m moving on. I really am.

I miss that fictional landscape; I miss those characters — even the worst of them. Actually I miss the worst of them the most. I miss the elaborate architecture of their off-kilter aims, their self-deceptions, and, especially, their lies. And now — though my focus has done a continental shift, to the Canadian west — it seems that a preoccupation with the sweet balm of deception has followed.

SO WHO IS THIS, tip-toeing out of the Okanagan Valley’s sage-brush hills, as I tune up my lyre? Once again someone secretive and shy?  With courageous dreams, and an ability to skitter around the truth, if need be? Looks like it. That’s all I dare say, so far.

How does my work differ from other work in its genre?
Despite my attraction to artful dodgers, I do think the grand aim of fiction is to dig its way into the truth. Fiction can do this in ways that no other investigative reportage can, and I am so grateful to the writers around the world, past and present, who allow usglimpses of inner realities: some that we could never have imagined for ourselves; others that we recognize, at once, as akin to our own secret worlds. That’s what I’m going for in my own writing too. And in that aspiration, at least, I’d say my work differs hardly at all from other work in the genre.

Why do I write what I do?

How does my writing process work?

Did I catch Matilda Magtree saying something about a hammock? No idea where that got started.

Okay. I confess that during my initial stay at the Molino di Metelliano, long afternoons in the hammock did play a certain part in dreaming The Whirling Girl into being.

Gazing up Cortona’s massive Etruscan walls — lulled by the millstream, the rustling leaves, the flowering limes sending their Arabian Nights fragrance — Why do I ever have to leave? I asked, and asked again.

Then – bingo! The answer on the scented breeze. You don’t have to leave, ever, if you don’t want to. You are a writer, after all.

And the dream began. How a troubled young woman, with a dire secret in her past, was going to inherit a house in these same hills — and how (after a suitable number of complications) thanks to the beauty of the countryside, and the good people living there, she would be healed. Oh, and a little love would come into play.

Those were the glory days, before the Etruscans came barging in and persuaded me I needed to know all about them. The days when I still thought I knew what I was doing….

This was so long ago that when the penny dropped
it was actually some denomination of the lira.

Which probably tells more about my writing process than I am wise to share.

The first draft of that novel grew to over 1000 pages. Not just because of the Etruscans. A woman came bounding in who made me laugh. She took me off on romps. Whole chapters got written in her point of view. She disrupted the flow but to good purpose I told myself. When I finished that first draft, every one of my faithful readers hated her.

I realize, now, this was because — with all her razzle-dazzle — she distracted me from doing the hard and hurtful thinking about what lay at the story’s true core.

So as to my actual “process”, I think all I can usefully add is that with my current work I am trying really really hard not to make the mistakes I had to undo so painfully before — though they are hovering out there: the temptations. To go off on a new jag of research, to rifle the attic for boxes of old letters in another foreign language I will have to learn … to open the door — just a crack — to those Darlings, yikes a whole new clan of them, cracking jokes, telling tall tales, larger than life, but isn’t that just what people want, those characters larger than life who make us feel alive…? Oh oh.
……
NEXT WEEK: the tour moves on, with the insights of Janie Chang and Kathy Page.

Thank you coming along! And do check out these earlier tour-stops, where you’ll meet: