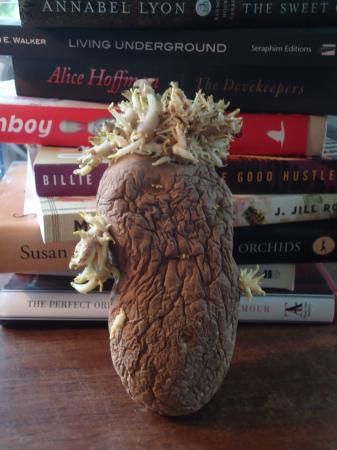 — And many many stories by Alice Munro!

“You don’t have to keep your New Years resolutions you know,” a friend told me the other day.
I was lamenting being so far behind with the only one I’d made – to record, here, every book I have read this year, and to comment on as many as possible.
Maybe you don’t “have to”. But there’s that undermining sense of less-ness when you don’t. At least for me, when it involves something – reading – that is more or less the foundation of my life.

So here’s my attempt to catch up. Though what started as being monthly reports will be a three-monther this time. And the comments are taking a hit.

The biggest surprise of those above? And The Mountains Echoed.
I’d been wanting to read this because of my hunger to know more about Afghanistan. I did not expect it to be a particularly “literary” experience (perhaps I was influenced by that over-blown-seeming title). But I was immediately captivated, then carried along by the complex fully-drawn characters as the multi-generational story unfolded, gut-wrenching — yet with something in the telling that is very sweet — and in the end the title is indeed justified, echoing as it does the cries of that beleaguered land.
True (really my only criticism) the narrative took a little too long to unfurl its denouement. That’s an odd thing, isn’t it? The moment when the reader, who has been following with such avidity, suddenly feels a fatiguing sense that for the sake of the novel itself the whole thing should have been pulled together sooner.
No matter. This is a significant piece of fiction, delivering not just the interest that I’d expected, but a delight for the reader in its telling.

My least favorite of those above?The Forgotten Garden (Kate Morton.)
This caught my eye in the bookstore when my shelf had run dry. The compelling title. Its billing as an International Bestseller. From now on I will regard such claims with wariness. It’s a hefty volume, even in paperback. It promised, I thought, mellow (not too thought-provoking) afternoons in the hammock.
Alas it needed to be cut by at least a third: just the start of its problems. A badly-structured multi-generational story with so much “woo woo” factor built in, so many points where the reader is left cliff-hanging as the narrative switches back — or forward — to another iteration of the plot, that quite soon I found myself skipping big chunks, such a dispiriting thing to do, just to hasten the end.
I would call this a “desert island book”. If it were the only one that washed ashore when I was stranded, maybe, after I’d read the ripple marks on the sand, the bark patterns on the trees, the gull-tracks, the calligraphy of twisted sea-wrack, maybe I would go back and read the bits I skipped the first time around.

Apart from that each of the other books above fitted exactly into the right moment of my summer. John Metcalf’s marvelous curmudgeonly memoir made me laugh so much at one point that I nearly tipped out of the hammock; Kim Thúy’s Ru was the perfect, tragic, evocative and brave tone poem for one long rainy day by the fire; Carrie Snyder’s stories jolted me back to a trip of my own to Nicaragua in the ‘80’s, and made me think, beyond that, about the complex organism a family can be; Everybody Has Everything is a beautifully calibrated novel of heartbreak and plenitude; the stories in Mennonites Don’t Dance explore the withering effects of enforced righteousness with tenderness and compassion; The Age of Hope is a refreshing life-long portrait of a woman whose company I was sad to leave.

Shanghai Girls — again, a “life-long portrait” — draws a fascinating, revelatory picture of the kind of life that we tend still, in this country, and in the States, to know little of: though we may brush by it every day – a life that is, in fact, deeply inter-woven into the fabric of our culture.
But who is the woman in the neighourhood restaurant who barks out your order for chow mein to the kitchen, later rings up the bill.
Do you look closely?
Likely not.
Aside from the fact that she is at the age where women disappear, your mind is on other things. How would you ever guess that long ago in a Chinese city, once a peak of glittery international sophistication, this was the face of a sought-after teenage beauty whose image on calendars and in magazines gave her entrance to the most stylish quarters? Rich, frivolous, pampered – trading on that beauty for all the luxuries her family did not otherwise supply.
Then with the sudden fall of her country to the Japanese, she is forced to live on her wits alone as (after a litany of horrors) she makes her way to California and a new life in Los Angeles. A life that – in many ways – is equally fraught with tragedy and peril. Yet what strength she garners though the years, strength that we watch slowly accumulate, like the uneven layers of a baroque pearl.

Ah, and then there is the incredibly, amazingly, miraculously prolific (and endearing) Alexander McCall Smith.
He’s best known perhaps for his Ladies Detective Agency series, set in Botswana.
The Uncommon Appeal of Clouds is the latest in a very different series of novels, set in his home city of Edinburgh, involving the charmingly meddlesome Isabel Dalhousie, editor of the Journal of Applied Ethics, who – in each new novel – gets herself involved in various ethical imbroglios of her own, as she attempts to help people solve problems which (her young husband keeps telling her) are no business of hers at all.
These delightful little novels seem to dissolve as sweetly as meringues.
But they are tricky.
Without your quite knowing it at the time, you might find they’ve made you think.

Suite Francaise was another surprise, plucked from the shelf of marvelous Hooked on Books in Penticton at a moment of reader’s drought. I realize, now, that I could be one of the few who did not already know about this novel.
So I must pause, and diverge – raising a glass of the last of the sangria to actual, real, live-on-the-ground bookstores everywhere. For how — without them — is one to find a book that one has not already heard about?
And (to digress further) how — in these days of lamentably few reviews in our national newspapers — is one ever to hear?
So please, while we are polishing off the last of the summer wine, let’s raise the glass again to that excellent national publication Quill & Quire (and, in British Columbia, to B.C. BookWorld too) and let’s, while we are at it, subscribe to them both.
As to Suite Francaise itself, I am halfway through and can hardly put it down. I understand that it is in the process of being made into a motion picture; I advise you to read it now, before that happens, for the full enjoyment of the remarkable piece of literature that it is.

On this – and on the stories of Alice Munro which I’ve been gorging on this month – I will write more in a future piece.