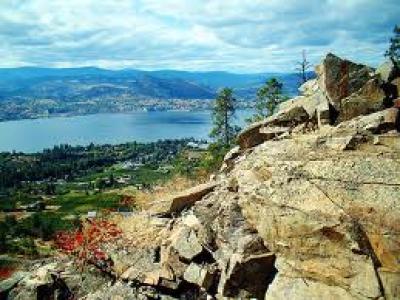 I’m delighted to have been tagged by Michael Bryson to take part in “The Next Big Thing”, a literary relay where writers are interviewed about their new work, then pass the baton to five more writers. It’s lovely to be part of this! Thank you Michael.

Barbara, what is the working title of your book?

I’m calling it, The Secret Life of a Rock.

Where did the idea come from for the book?

Long ago I was walking down Robson Street in Vancouver, when in a shop window I saw a hulking black rock, the size of a small donkey. It had been cut open to expose remarkable formations inside the rocky skin: first a jagged layer merging from white to crystal – then a dazzling top-to-bottom core of amethysts. It staggered me that a hulking rock could contain such a secret.

As I stared I thought, too, about an amethyst broach that my grandmother had been given, as a little girl, by her father, who’d been a general in the American Civil War. I remembered her showing it to me when I was little– a radiant square which, to my childish imagination, even had the smell of purple — set in gold, surrounded by tiny pearls – redolent, too, of my grandmother’s family history: a history coloured, even into her adolescence, by tales of the Civil War, the glorious tragic bugle-glint of it, and how she’d grown up privileged in Seattle, only to have her inheritance somehow stolen; yet never her grit and good humour, even when, very old, she found herself living on a struggling orchard in the Okanagan Valley. Gazing at that secret-bearing donkey rock, I remembered how badly I’d wished her broach were mine, how it spoke to me of a life so far beyond the one I lived as a lonely child on that farm, where nothing ever happened — where I had to make every adventure up — or what did happen I tried to turn into something else, a suitably made-up tale….
As I walked on down Robson Street, the two things tumbled together in my thoughts in a hopeful way. The Secret Life of a Rock. And the actual life surrounding that orchard-bound girl who slid off into imaginary adventures, never saw what was real.
Something to write about some day.
Over the years I wrote about other things instead. It is only now – after the recent publication of my Italy-set novel The Whirling Girl – that the donkey rock has come back to haunt me, the donkey rock and those people (larger than life they seem to me now that I am more than grown and they are dead) whose passions clashed all around a dreamy child.

What genre does your book fall under?

Which actors would you choose to play your characters in a movie rendition?

THE THREE PRINCIPAL CHARACTERS:
“Little Min” a dreamy disappointed woman of 40 (her nickname squished from “Minerva” – the aunt for whom she was hopefully named) who intends to redeem the nonentity of her life.
Minerva herself, a woman of 69, who – given her indomitable qualities – might indeed have sprung to life, fully armed, from the forehead of a progenitor.
Stella, Minerva’s daughter (Little Min’s cousin) age 45, divorced, waiting for her lover to shed his wife and come and live with her — which he says he will do as soon as he sells his truck.
THE CAST:
“Little Min”: Renee Zellweger weighing what she did as Bridget Jones, with some added years.
Minerva: Angelica Huston, looking a little older if possible: but every bit as feisty and sardonic as she generally appears.
Stella: Catherine Zeta-Jones looking as un-reluctantly sexy as she did in Traffic, but more well-worn.

What is the one-sentence synopsis of your book?

Set in the Okanagan valley of British Columbia in the 1970’s, two powerfully antagonistic women — a mother and a daughter — have circled one-another like binary stars for years: dimming, in comparison, everything around them, yet sparking excitement in every life they draw into their wheeling orbits, particularly that of secretive “Little Min”, who finally, on one crucial night, is tricked into a fateful act.

Will your book be self-published or represented by an agency?

In truth, everything about this project is so new to me that no one other than my guardian “desk dog” has so far heard anything about it. (He really loves the idea.)

How long did it take to write the first draft of your manuscript?

It took me twelve years to write The Whirling Girl. I’m hoping to bring this one in under that.

What other books would you compare this story to within your genre?

“Okanagan Gothic” is a little-known genre. Red Dog, Red Dog might fit (I can hear Patrick Lane disagree) likewise George Bowering’s Pin Boy, though we are assured it isn’t fiction.

Who or what inspired you to write this book?

Why are some people able to throw the net of their large personalities over others, strangely ensnaring them. Why are others are so readily snared? This is has long intrigued me, a phenomenon which this novel will explore.

What else about your book might pique the reader’s interest?

I referred to “Okanagan Gothic” half jokingly. But there is something extreme about life in this valley where I grew up and where I now have returned to live. It is area unlike anywhere else in Canada – or perhaps the world — the northernmost extent of a desert that reaches all the way from Mexico, gouged by retreating glaciers into a long thin strip of fertile land above a string of breath-taking lakes. The strange beauty. Headlands that creep into the waters in desiccated dinosaur shapes – hoodoo-carved white cliffs – sage-covered hills, rolling benchlands now given over mainly to vines, though in the 70’s, when this story is set, still patterned with orchards. Refuge to plants and reptiles found nowhere else in the country, the valley was cattle country before the orchardists moved in. Since the first settlers arrived it has met wave of incomers from different lands, wave after wave of change. The characters in this story have been deeply embroiled in much of that, living lives heightened – in some cases fermented one might almost say – by the intensity of the landscape and the climate and the unique blend of personalities drawn to this land.

And now over to five of my dear writer friends, who will tell you about their Next Big Thing. I hope you will visit their sites:

***Use this format for your post
*** Answer the ten questions
***Tag five other writers and add their links so we can hop over and meet them.

Ten Interview Questions for the Next Big Thing:

Include the link of the writer who tagged you and this explanation for the people you have tagged.

Be sure to line up your five people in advance.